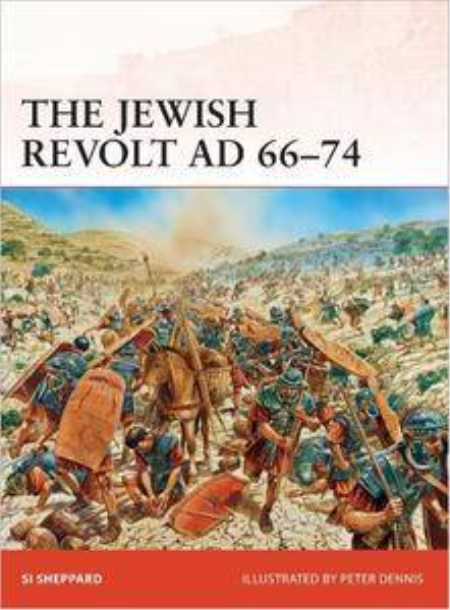 The narrow strip of land now occupied by the modern state of Israel is where all paths from Europe, Asia, and Arabia must come together before they flow into Africa and has been the world's most hotly contested piece of territory for millennia.

Occupied by Pompey the Great from 63 BC the region became the Roman province of Iudaea in AD 6. In AD 66 a local disturbance in Caesarea caused by Greeks sacrificing birds in front of a local synagogue exploded into a pan-Jewish revolt against their Roman overlords. Gaining momentum, the rebels successfully occupied Jerusalem and drove off an attack by the Roman legate of Syria, Cestus Gallius, who was defeated at the battle of Beth Horon.

The emperor Nero dispatched the Roman general Vespasian along with reinforcements and, having crushed the revolt in Galilee he became embroiled in the events of the Year of the Four Emperors that would lead to his assumption of the Imperial throne. His son Titus was left to carry on the war which culminated in the dramatic siege of Jerusalem in AD 70. Remorselessly, the legions strangled the life out of the defense street by street, leaving nothing but rubble and ashes in their wake. The apotheosis of the conflict was the final stand of the last holdouts in the Temple precinct itself, and the utter annihilation of this, the physical manifestation of Judaism itself.

The last remnants held out in the mountain fortress of Masada until AD 73 when with the Romans breaking down the walls the defenders committed mass suicide brig the revolt to an end.