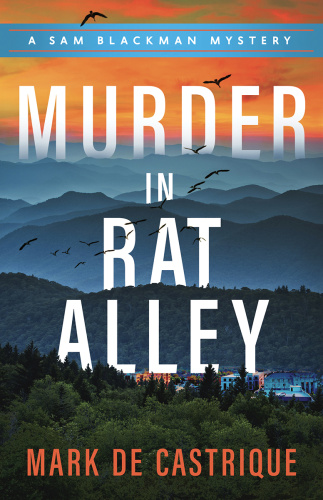 Descirption: In this unusual spin on the classic spy novel, murder strikes from our wartime pasts...
Iraq War veteran Sam Blackman with his prosthetic leg and his no-nonsense private eye partner Nakayla Robertson love their investigations which always carry a thread from the past-and they love each other. An interracial couple in the new South, the Asheville, NC, pair has surrounded themselves with a terrific support team including an unorthodox lawyer and a veteran cop. They deploy humor both to bind them together and to deflect insults. Plus, it helps deal with the tragedies their work uncovers.
Such a tragedy interrupts a meeting between the PIs and the neighboring law office when a body is unearthed from the grounds of the nearby Pisgah Astronomical Research Institute. During the Cold War it monitored developing space programs. Today it plays a vital role gathering weather and climate data. The body has been in the ground a long time. Why would its discovery...